As native gardens become increasingly popular, milkweed has become a darling of the plant world. With showy blooms known as food for charismatic monarch butterflies, it’s easy to see the appeal of this Midwest wildflower. Still, like many plants around the world, several species of milkweed face the threat of extinction.

Mead’s milkweed, a Missouri native, has experienced such severe decline that it is listed as federally threatened. A recent Garden study has shed new light on the underlying cause of its reproduction failures, resulting in an immediate shift in conservation practices.

“Reproduction is essential for ensuring the long-term survival of Mead’s milkweed,” said Christy Edwards, Stephen and Camilla Brauer Conservation Geneticist at the Center for Conservation and Sustainable Development at the Missouri Botanical Garden. “The goal of our research was to find out why it doesn’t produce seeds, and to figure out what we need to do to help get populations healthy again.”

Asclepias meadii, commonly known as Mead’s milkweed, is one of 18 Asclepias species native to Missouri.

Mead’s milkweed finds its native habitat in tallgrass prairies. The plant has a long lifespan but is slow growing and can take up to four years to first flower. Once flowering, the plant produces pale yellow flowers with a hint of green, blooming in May and June each year.

The nectar of milkweed flowers also feeds adult monarchs as well as other pollinators such as native bees, beetles, and hummingbirds.

Mead’s milkweed has been federally listed as a threatened species since 1988. Initially, habitat loss and degradation caused the species’ decline. Low reproductive success has led to its continued decline.

Once found in six states, Mead’s milkweed populations in Wisconsin and Indiana have completely disappeared. Only a few remain in Illinois in Iowa. Most remaining populations are in prairies in eastern Kansas and western Missouri or in the glades in the St. Francois Mountains of the Missouri Ozark Highlands. 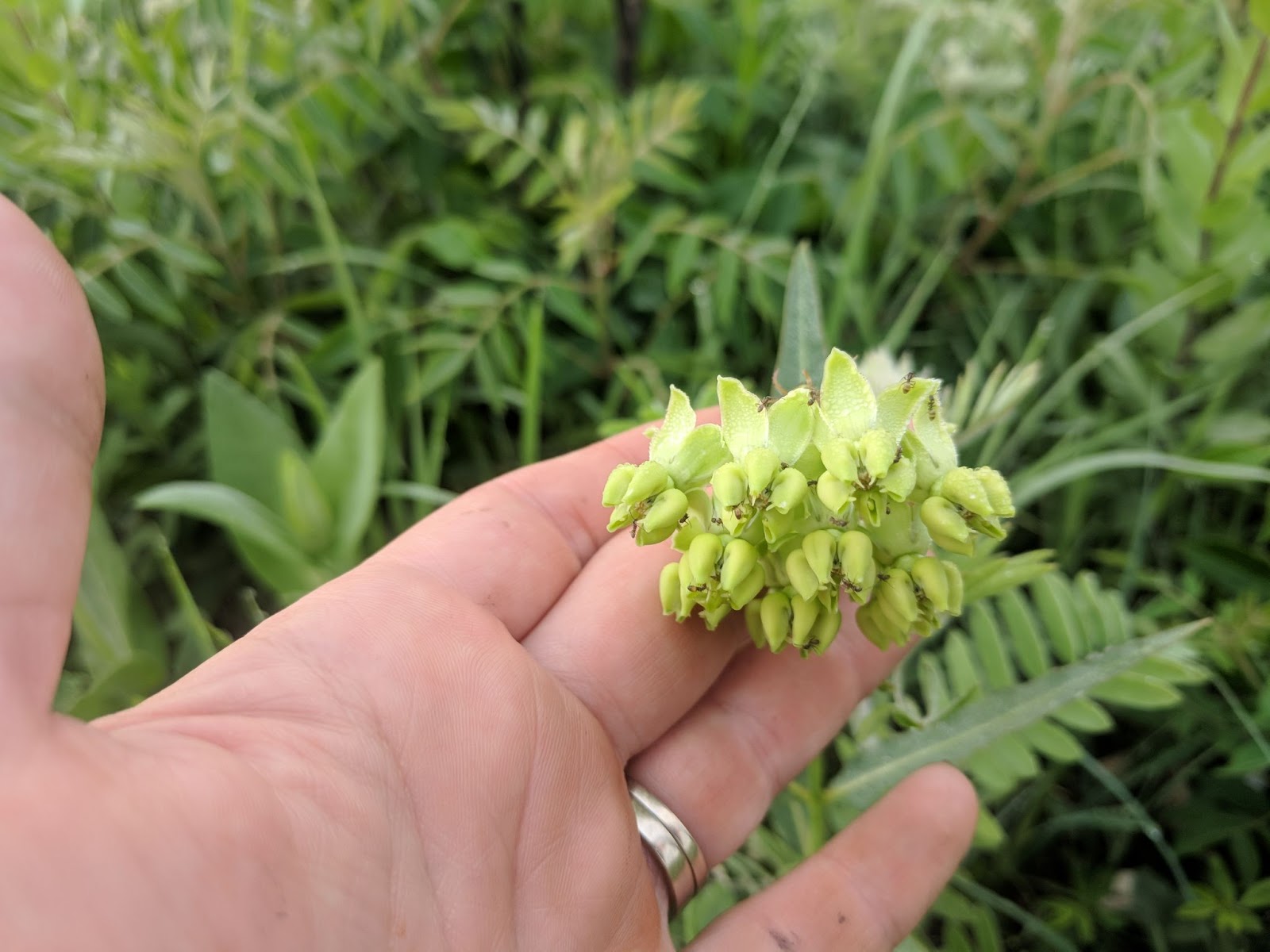 For many years, the commonly accepted theory was that many populations of Mead’s milkweed lacked the genetic diversity required to successfully reproduce. Starting in 2006, the Missouri Department of Conservation began trying to combat that issue by augmenting populations, or adding individuals from other locations into existing populations of Mead’s milkweed with the hopes of introducing genetically-compatible individuals to increase the chances of reproduction.

These augmentations were very time consuming, and it was unclear if they were having a positive effect. Conservationists decided to dig deeper into the underlying cause of low reproductive success to identify more targeted management actions to address the problem.

Garden researchers Christy Edwards and Matthew Albretcht set out to answer this question through a project funded by MDC.

With this information, Edwards and Albrecht concluded the most effective management of Mead’s milkweed must focus on ensuring a population had at least 50 flowering plants.To achieve that, they recommend augmenting smaller populations of Mead’s milkweed and coordinating prescribed burns so all neighboring populations are burned during the same dormant season, which helps induce flowering.

Already since the report’s release in 2020, the results are being used to make conservation management and policy decisions. The Missouri Botanical Garden and the Missouri Department of Conservation conducted a new augmentation of a small population of Mead’s milkweed at the Berrier Conservation area in fall of 2020, and the U.S. Fish and Wildlife Service has added Edwards and Albrecht’s recommendations into its most recent five-year review of Mead’s milkweed

“Now that we have a better understanding of what conditions are needed to get Mead’s milkweed to reproduce, we can now start taking the necessary steps to get this species on the road to recovery,” Edwards said.

What can you do?

While Mead’s milkweed isn’t easily available to home gardeners, there are many native milkweed species that you can add to your garden. The Missouri Botanical Garden’s Kemper Center for Home Gardening recommends the following species: